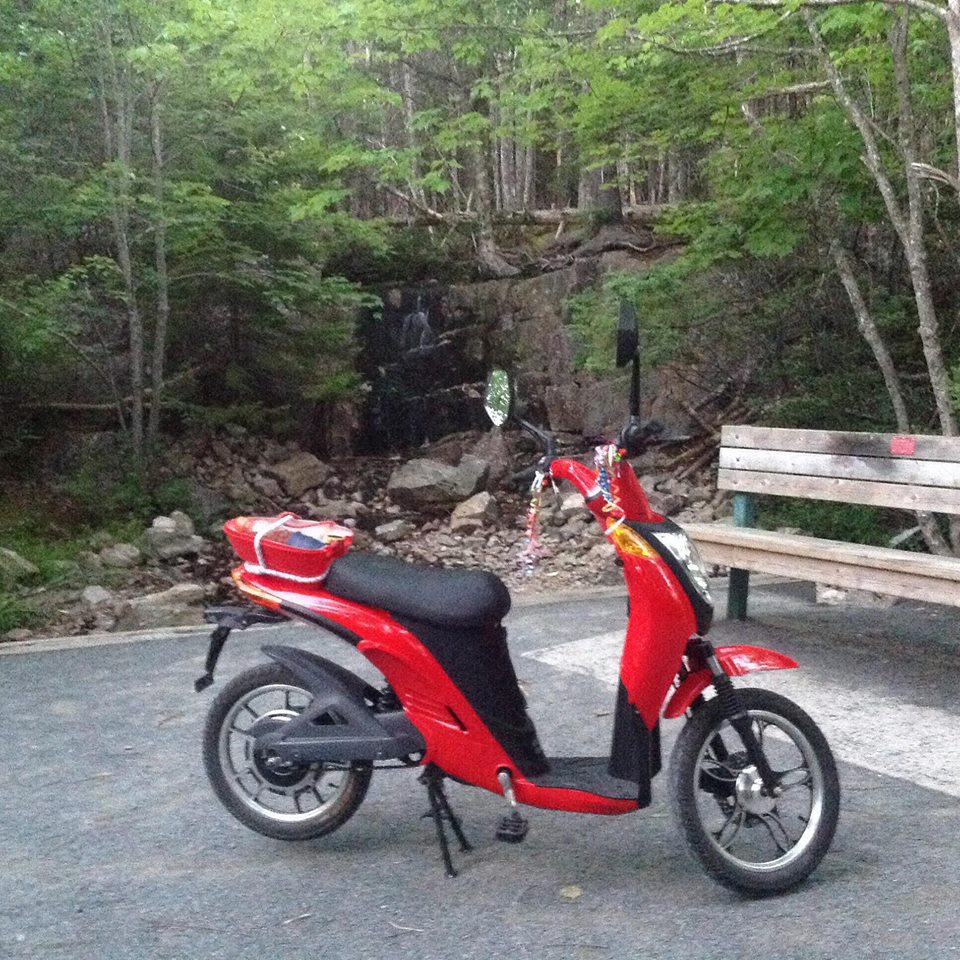 Social media proved its worth yesterday.

Without warning or public consultation, Halifax Transit changed the rules about who can take the ferry. Journalist Jacob Boon picked up on it, and shared the new regulations on Twitter. Within moments, people expressed their outrage. 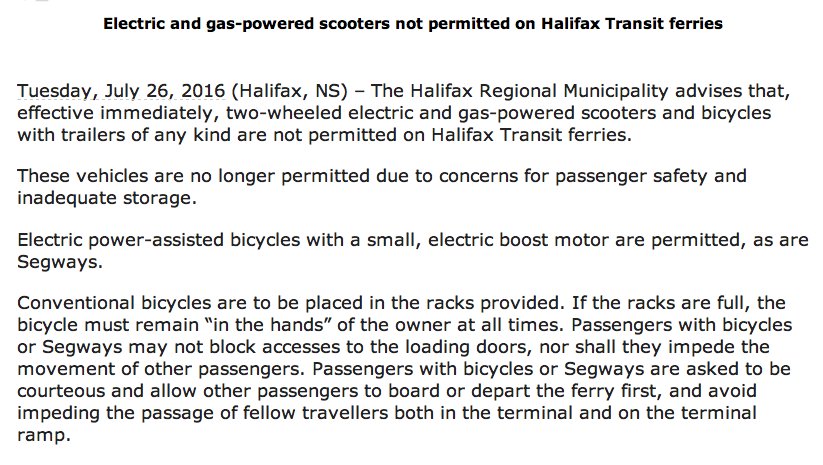 How was it possible we asked, when government has recognized the need to get people out of their cars and onto transit, that cyclists with a trailer would be banned from the ferry?

There is no bike lane on the Macdonald during the Big Lift, and trailers are not able to be transported on the shuttle. Were parents with kids in tow really supposed to drive around the Harbour?

Hours after the announcement, Halifax Transit backpedaled on its decision.

But there is another part of the new regulations that have people upset. I have heard from several people wanting to know why scooters have been banned. Mopeds, which are fitted with motors and pedals, are by definition, a bicycle:

What danger do they present, and why have they been banned?

People are upset, and rightly so. No one is arguing that transit shouldn’t be safe, but how do scooters make it less safe, and why were transit users not consulted?

Perhaps it’s time to backpedal this decision, too!

Re-Jigged: A celebration of all things Celtic from October 24 to 26

Grow a Garden, Grow a Community