Since 2018, our neighbour has accused us of trying to murder him.

For nearly 8 years, I have lived in a rented condo in downtown Dartmouth, with my partner and daughter. We became aware of our neighbour slowly at first, with awkward exchanges, minor questions by him about the state of our building. Never belligerent, just awkward. That seems so long ago. Over the past 7 years one could sum up the collective conversation between us as a few sentences.

Things slowly started to change. At best I can describe this experience as similar to a minor irritation that eventually grows into a full-blown infection.

As anyone who has lived in an apartment or any shared space will know, you can live with a difficult neighbour. Typically, there is friction over scents and smells or complaints of noise. If you are lucky, these minor things occur infrequently.

What we’ve experienced is nothing less than a deluge. His endless list of grievances include; a pink light left on in our unit reported by him to be a ‘grow op’; reports that we’ve intentionally drilled holes in air ducts to blow fine mists of toxic powder into his unit; noxious fumes and gases that have been poisoning him, with claims it has landed him in hospital.

In response to our supposed provocations, he left a pile of vomit outside our door and coughed in my partners face after the pandemic hit. He once said to my partner, “that’s right bitch, you get the fuck outta my way”, and with a red, furious face lunged at her as she backed up to give him space by the elevator.

We must walk past his door to reach our own, the last unit in the hall. Both leaving and returning home means running a gauntlet of fear and stress.

Most recently, the NS Department of Justice was called to accuse us of having a drug lab inside our unit.

Individually, each one of these accusations are dismaying, but this is only the beginning. Not only have we been accused of these offenses, we have been re-accused over and over to anyone who will listen. Each agency he has contacted must follow up, to check, to inspect, to assess, to listen and to report any findings.

Lists of agencies and organizations that have repeatedly banged on our door at all hours, entered and inspected our unit are; Halifax Police, Fire and Emergency Services, Condo Board Representatives, Property Management, and most recently the Public Safety and Security Division under the Safer Community Act. Endless phone calls about us have been made by him to building owners and politicians. Hundreds of calls and reports are the result —an enormous waste of resources in itself.

One by one, he moves from one person to the next. One agency to the next. Each one duty bound to probe and investigate. Each one exhausted, time and time again the accusations are proven to be false. Each avenue closed to him. Each file closed. No one is helping him.

We live in a nightmare of constant accusations, but worse we live in fear of an approaching unknown. What will this become once he runs out of options? What will happen once there is no one left to listen to him?

Frustratingly, in all of this, in all this time, he refuses to speak WITH us. Every attempt ignored. He acts as though he cannot see or hear us, like we don’t exist.

The fear of the unknown is growing every day. We have all but begged for Police and Mobile Health Services to help him. At last count, 9 requests were made this year alone to Mobile Health Services by Halifax Police to go visit with him. As of today, we were told not a single visit has been made. Their reasons are none of our business.

We are fearful of what this person will do next. He needs someone to listen to his fears, too. A nightmare for us and a nightmare for him. Mutual cries for help.

He has a fixed delusion; My partner knows all too well what that kind of disturbance really looks like. At age 2 she was removed from her biological mother’s care because her paranoid schizophrenia convinced her that her daughter was a danger to her. At 2 years old.

She wasn’t removed by the authorities from her mother’s care because of her frightening delusional condition. It took her mother going to her doctor and stating that the ‘Gerber product baby’ was speaking to her, a voice convincing her the only way to stay safe was to kill her child. She told them to remove her daughter from her mother’s care because she knew what was coming. And they did —that was in 1979.

That’s not going to happen here.

Our neighbour is not likely going to wake up one day and realize he’s not well and seek help in order to protect himself and his neighbours from his actions. And the agencies involved are also not going to do anything until something happens. Their hands are all tied because little boxes aren’t being checked. Limits of tolerances are not being met. We were told by an investigator that they only react to those, ‘on the ledge about to jump’, that only then can they step in to “help”.

Our health and justice systems are imperceptibly flawed, and it often requires something awful to happen for change to come. When that awful thing occurs, in the aftermath, the system and passive observers say a lot of things and pontificate about ‘obvious red flags’ that everyone should’ve seen and acted upon. Sometimes this will spark some new law to pass. They might even name it after the victim or victims.

We filed a peace bond in August.

It had been suggested to us by police, but we were also warned that this might antagonize him. We didn’t want to make things worse. We thought maybe he’ll move on when he finally sees that we aren’t trying to harm him and that we aren’t his enemy.

We want peace and we figured he did as well. We didn’t want to kick a hornet’s nest or put us and others in the building in an even worse situation. We really didn’t want to add fuel to the fire, but we were told it is our only recourse: it’s the only way they can do their job if he crosses the line of the peace bond.

He was served the summons in the last two weeks. It has made things worse.

We are terrified. No matter to whom we have turned, we have been met with closed doors. The same goes for him – they aren’t hearing his cries for help.

Family and friends suggested writing a post and sharing it to our social media to let people know what was going on, in case something were to happen to us. It does not include our address or any names for privacy sake, but it expressed knowledge we have gathered through police and our own investigation of this middle-aged individual, who is known to be ex-military. It expressed how we feel and what we are up against. Feeling hopeless, my partner and I both posted a message on our social media back in April 2020.

That message in a bottle, our statement of fear, was posted to leave a message to those who know us and love us in case things escalated further. Out of the blue, this past week, someone posted a printout in a stairwell exit of our building, a copy of that single post from my twitter account back in April, which includes some concerned replies to my tweet. The same day, someone also anonymously dropped off a copy to the property manager’s office — unsigned.

An odd occurrence on its own. At the top of this poster printout that clearly showed my name, picture, and username from online, included the words, “YOUR NEIGHBOR @ address of our building”. The last touch added to this poster sent chills up my spine. Certain sections of the tweet are highlighted. And the highlighted parts tell a story, “Not a Joke” … “going to hurt us and others” … “has access to weapons”.

We didn’t see this poster in the building at first. It was a concerned neighbour who called to say they saw it and thought WE had taped it up. A thought that has us asking many questions. Why would we do that? This would hinder everything we’ve worked toward in getting our peace bond. The concerned neighbour took down the poster and brought it to us. We reported the occurrence to the property office and the police, who openly mocked me and refused to send an officer. If it weren’t for our having established a liaison with the Halifax Police, they would never have even acknowledged this incident.

the police, who openly mocked me and refused to send an officer

A day later, another poster appeared, this time on the elevator. Someone is trying to send a message. It is not us. Here we sit on day three and we do not feel safe to leave our apartment. I do not know if another poster awaits and I do not want to know. We cannot lay blame on anyone. We do not know who did this. There is no actual proof of who is putting these posters up because it’s done in blind spots from any surveillance cameras.

This is happening. This isn’t a neighbours feud as some who are ill-informed might assume. This is mental illness falling between the cracks. This is the glaring mistakes in our system at play.

Our neighbour’s focus for the last few years has been on our family, and the property managers who aren’t keeping him safe in his home. We have been trying to get him help and take his fears that he’s being poisoned seriously. We tried to get him help with his mental health before filing this peace bond. Months of calls and emails. Anyone who knows us knows that we feel awful for him that he really believes he is being poisoned and doesn’t feel safe in his home. No one deserves to be so terrified. Those attempts to get him help didn’t work and we feel for him.

I also feel that we don’t deserve to take the brunt of his pain either.

More than a few people who know what’s happening have suggested we move: No.  We have a right to feel safe in our home of many years. This is our community, not to mention the enormously difficult challenge of finding a new home in this market, and the not-insignificant costs of uprooting our lives.

We are at a loss as to what more we can do. Our neighbour believes we are trying to kill him. We fear he might do the same to us.

And to our neighbour: If you read this, we are not your enemy. We are not plotting against you. We want you to be heard. 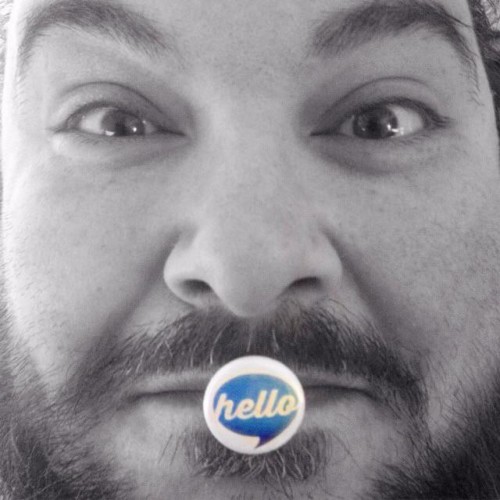 Frank Orlandohttp://www.orlandomedia.ca
Frank Orlando, co founder, contributor of Hello Dartmouth and owner of Orlando Media Company. This adopted son of the DSide started Hello Dartmouth to speak up for this amazing, creative and ever evolving community. You can follow him at @orlandomediaco
RELATED ARTICLES
opinion

Centre Plan Update – “Everyone needs to be involved”

We’re serious about the Dark Side! May the 4th and Revenge of the 5th be with you all

Remembering the aftermath of “White Juan” from February 2004.